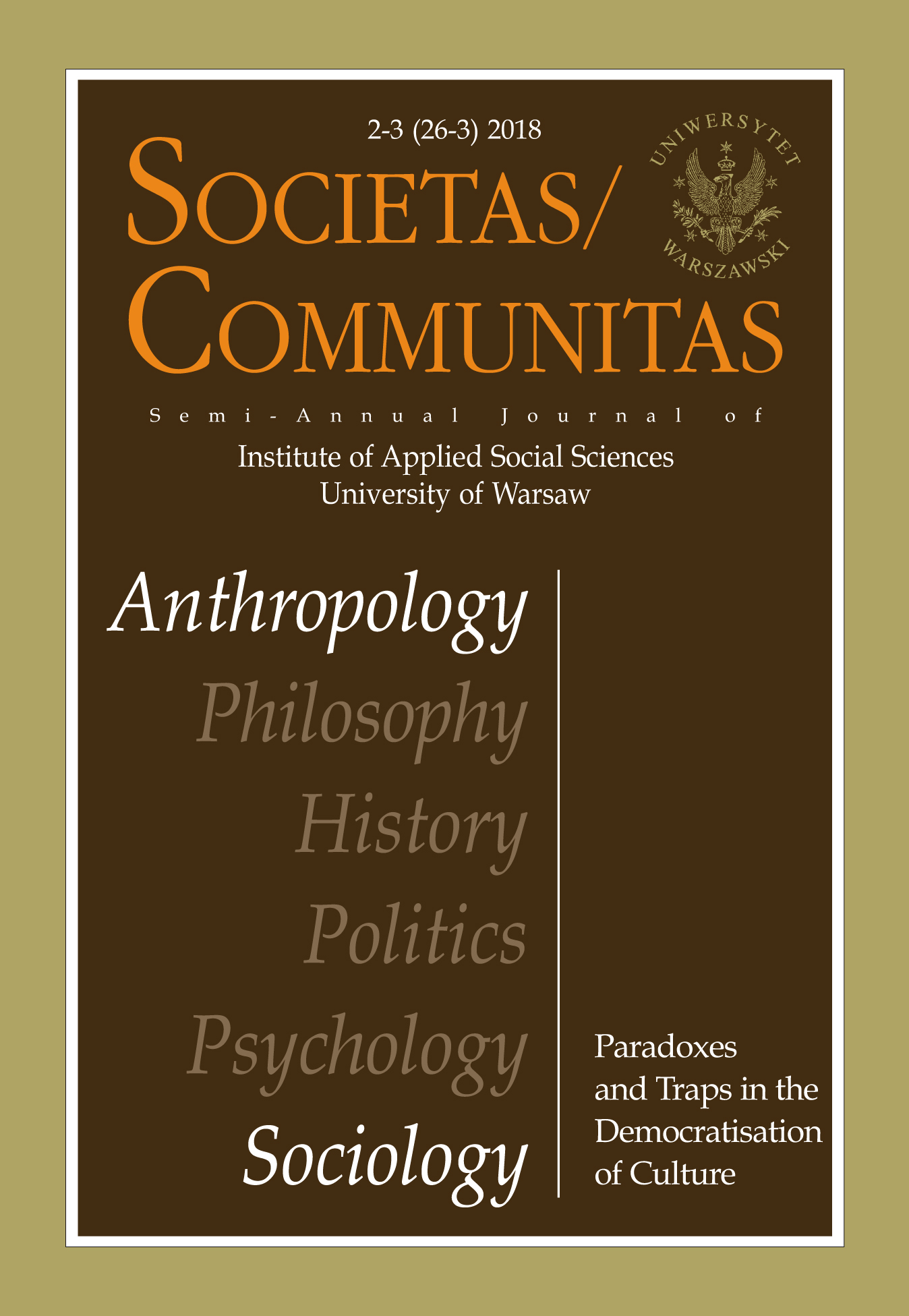 Paradoxes and Traps in the Democratisation of Culture.

[…] the modernisation processes reflected in culture feature a very serious ambivalence, which with the passage of time is not only not disappearing, but is actually growing in strength. […]

The problem is that both classic and contemporary works present the issue of cultural egalitarianisation from the angle of its consequences and from the specific perspective that elite culture constitutes […]. Neither analytically (Mannheim) nor illustratively (Ortega y Gasset) do these diagnoses reach the stage of clarification, in other words determining the relations between the levels of analysis, which they only combine deftly into persuasive images of the state of culture. And from the perspective of sociological theory, these relations are crucial, since they determine (and enable the testing of) directions of emergence or rules of co-occurrence between elements of the economic and political dimensions on the one hand, and the shapes and dynamics of social structures and cultural phenomena on the other. In this volume, we have gathered together articles whose authors tackle this task, accepting the universal affirmation of processes of democratisation of culture as problematic. […] The authors of the articles collected here share a critical perspective, revealing the unintentional, undesirable, or even the socially and culturally harmful consequences of the de-distantiation and democratisation of culture. A different view was adopted by experts invited to discuss with the editors. Their vision of contemporary culture negates the divisions into high and lower culture, into the ‘natural’ superiority of the cultural elites and their right to work that is educating. […]Should the processes of abolishing distances between participants in culture therefore be interpreted as progress in the humanisation of interpersonal relationships, as the voluntary relinquishing by the elites of their leadership in the creating of the symbolic sphere, and their results as an axiologically neutral remix of various symbolic orders in regard to the current praxis of neutralisation of potential tensions? Or rather as a dangerous state of affairs, a rebellion of the masses, threatening the very foundations of the organisation of today’s societies and their capabilities of transgression, organisation that can only be saved with a new wave of distantiation?

from Paradoxes and Traps in the Democratisation of Culture. An Introduction
by Grażyna Woroniecka